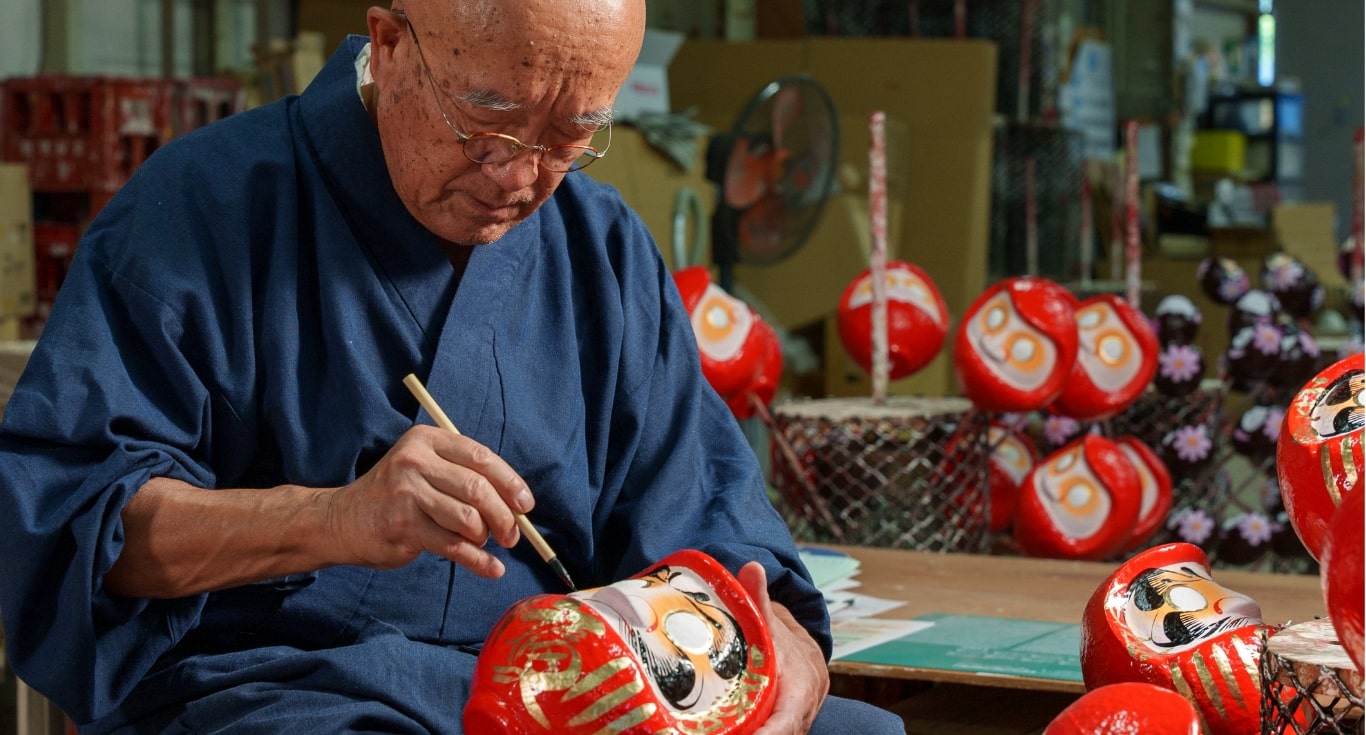 Sumikazu Nakata, the representative of the company and a Gunma Prefecture Hometown Traditional Craftsman, is the fourth generation of the family.
As the fourth generation, he continues to preserve the history and tradition of Daimonya.
Daimonya produces 70,000 Daruma dolls a year in 22 sizes ranging from 4.5cm to 74cm.
The most important part of the doll is the face.
The most important part of the face is made by Sumikazu Nakata, a traditional craftsman.
We put our hearts and souls into making Daruma dolls for the fulfillment of wishes. 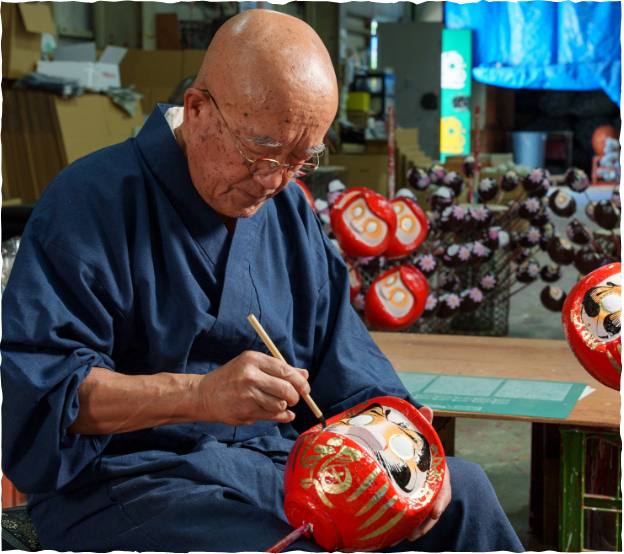 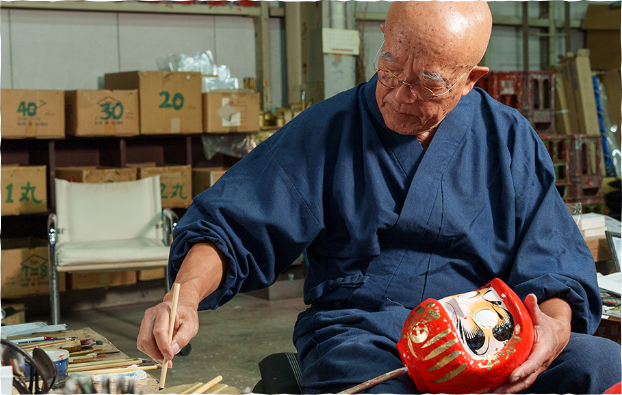 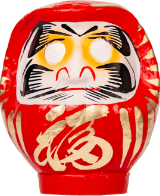 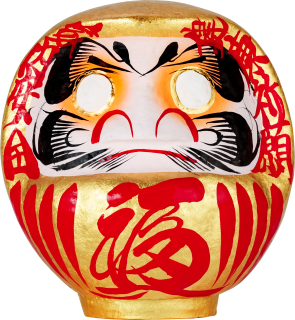 I have been bench pressing for over 40 years.
For physical strength to build Daruma, for car racing as a hobby, and for a change of pace.
In car racing, we have participated in races at Fuji Speedway, Tsukuba Circuit, and other venues.
Fuji Speedway, Tsukuba Circuit, and various other venues, and have achieved good results.
He also serves as a coach for an annual sporting event for children. 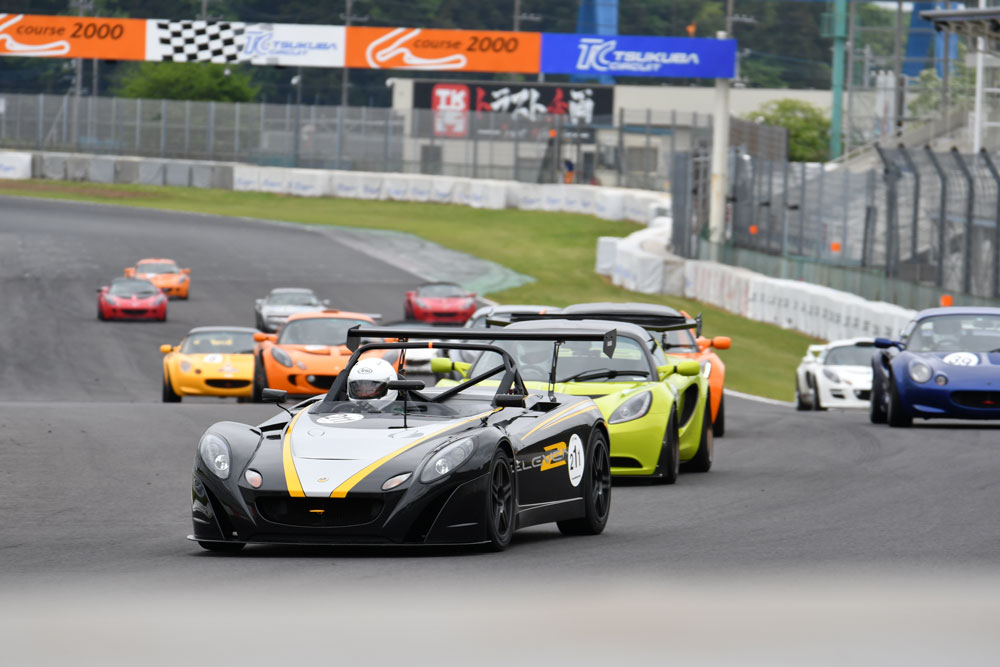 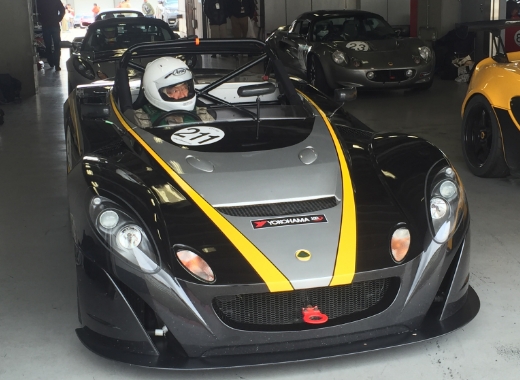 In addition to promoting the Takasaki Daruma doll to the world, we are also deepening exchanges with people from all over the world. 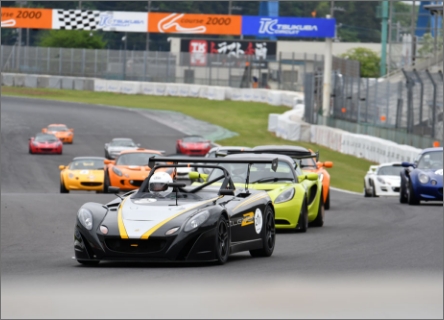 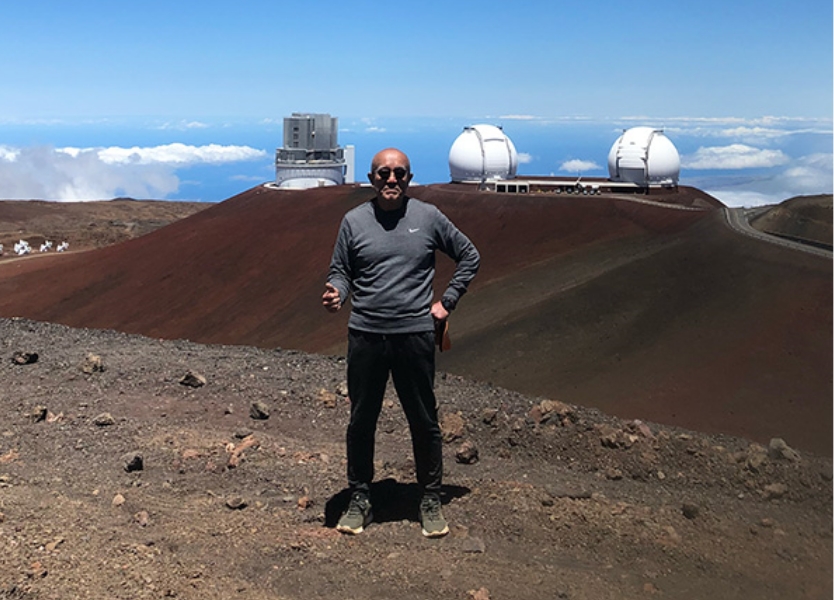 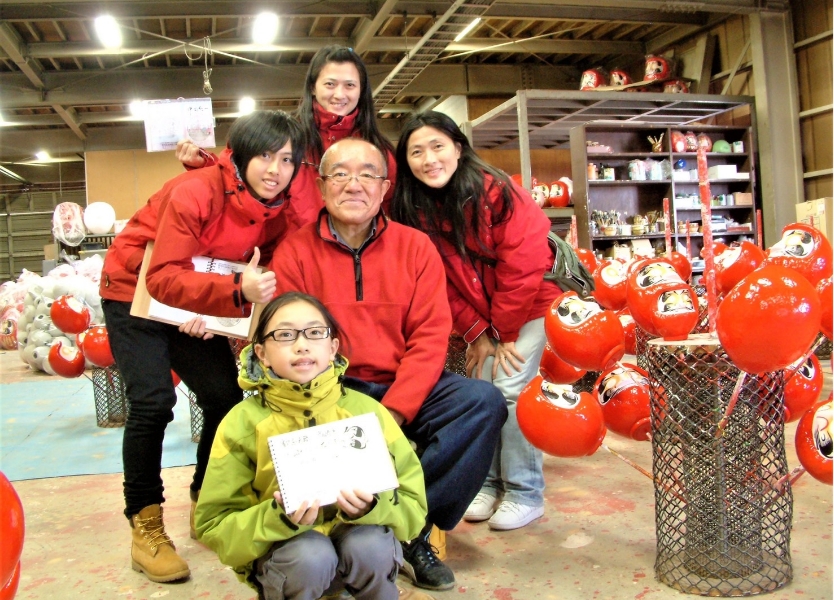 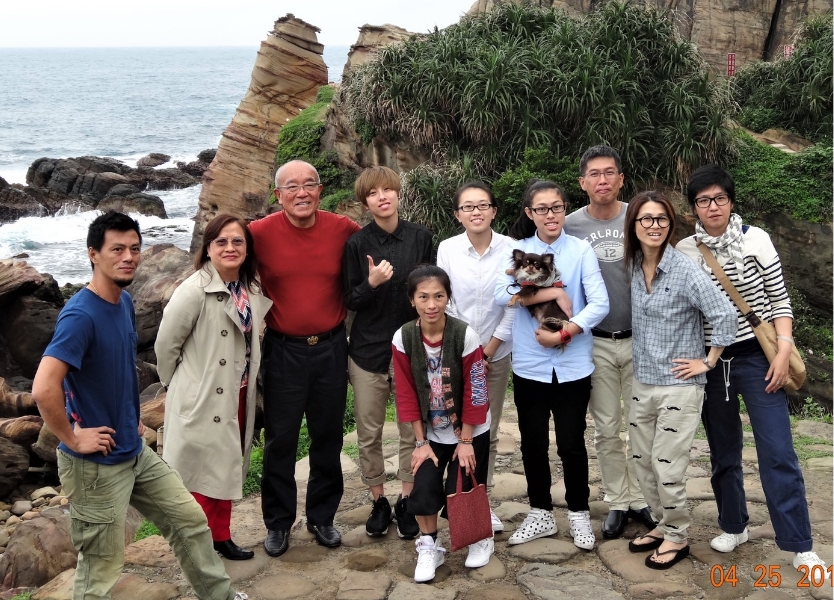 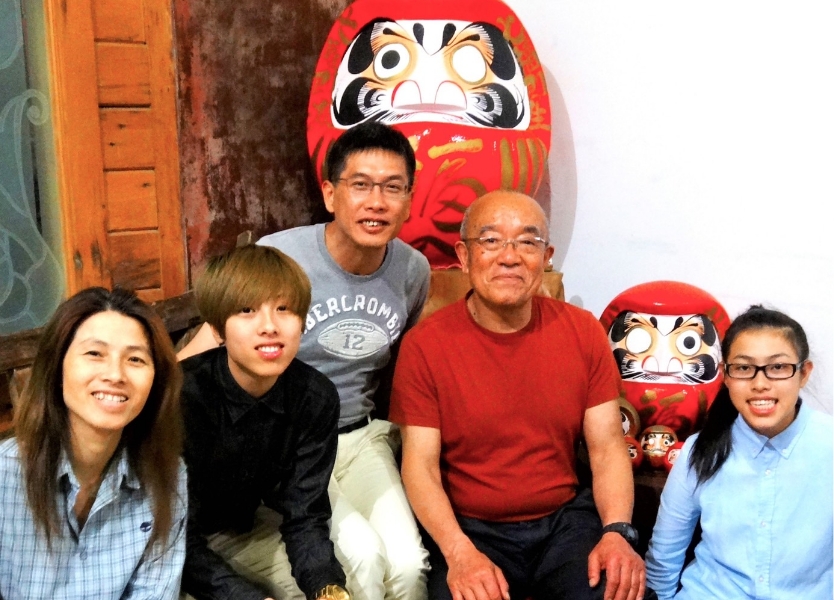 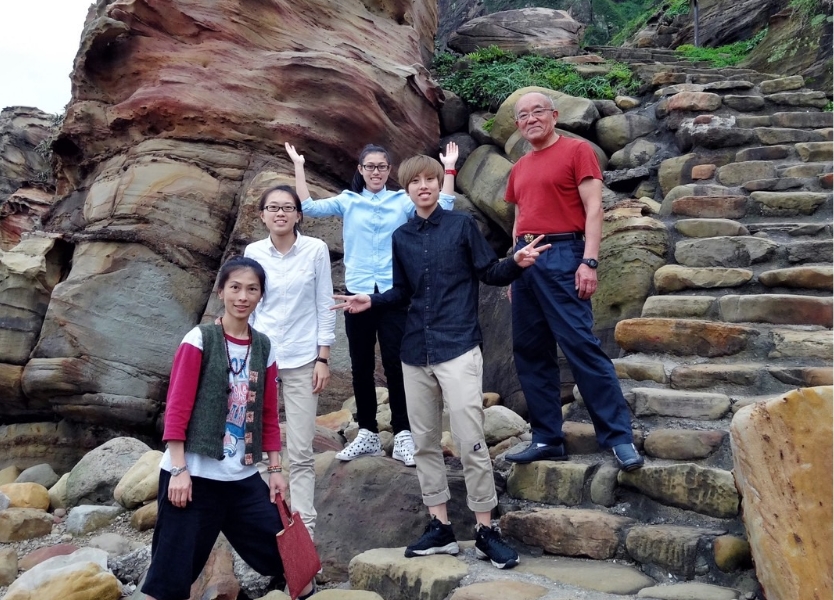 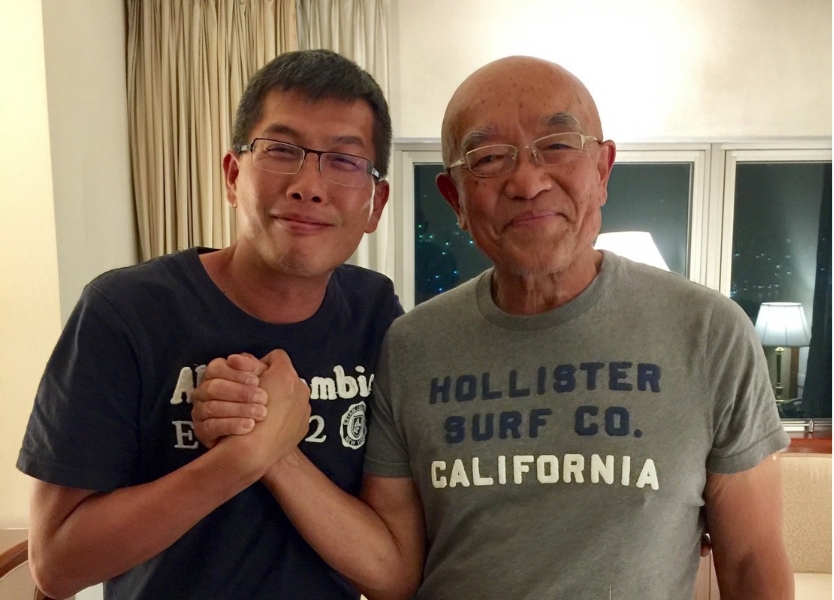 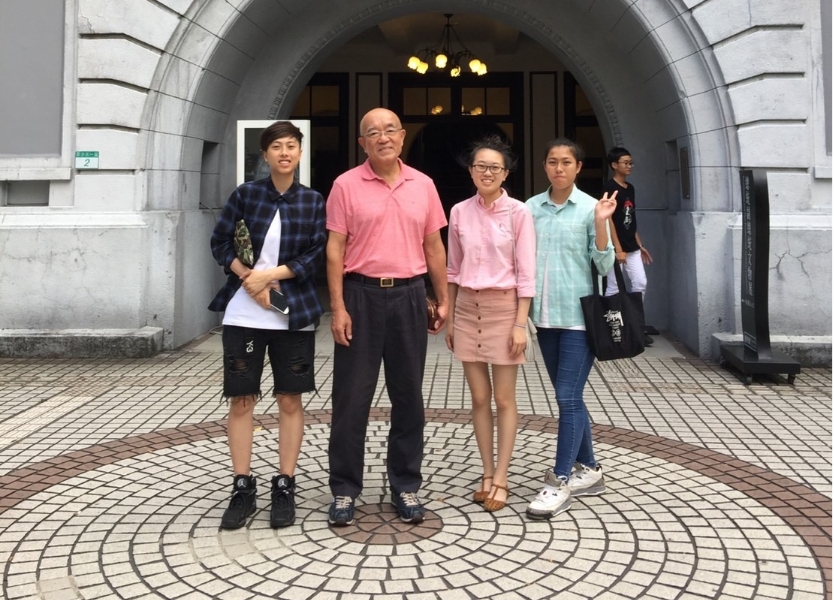